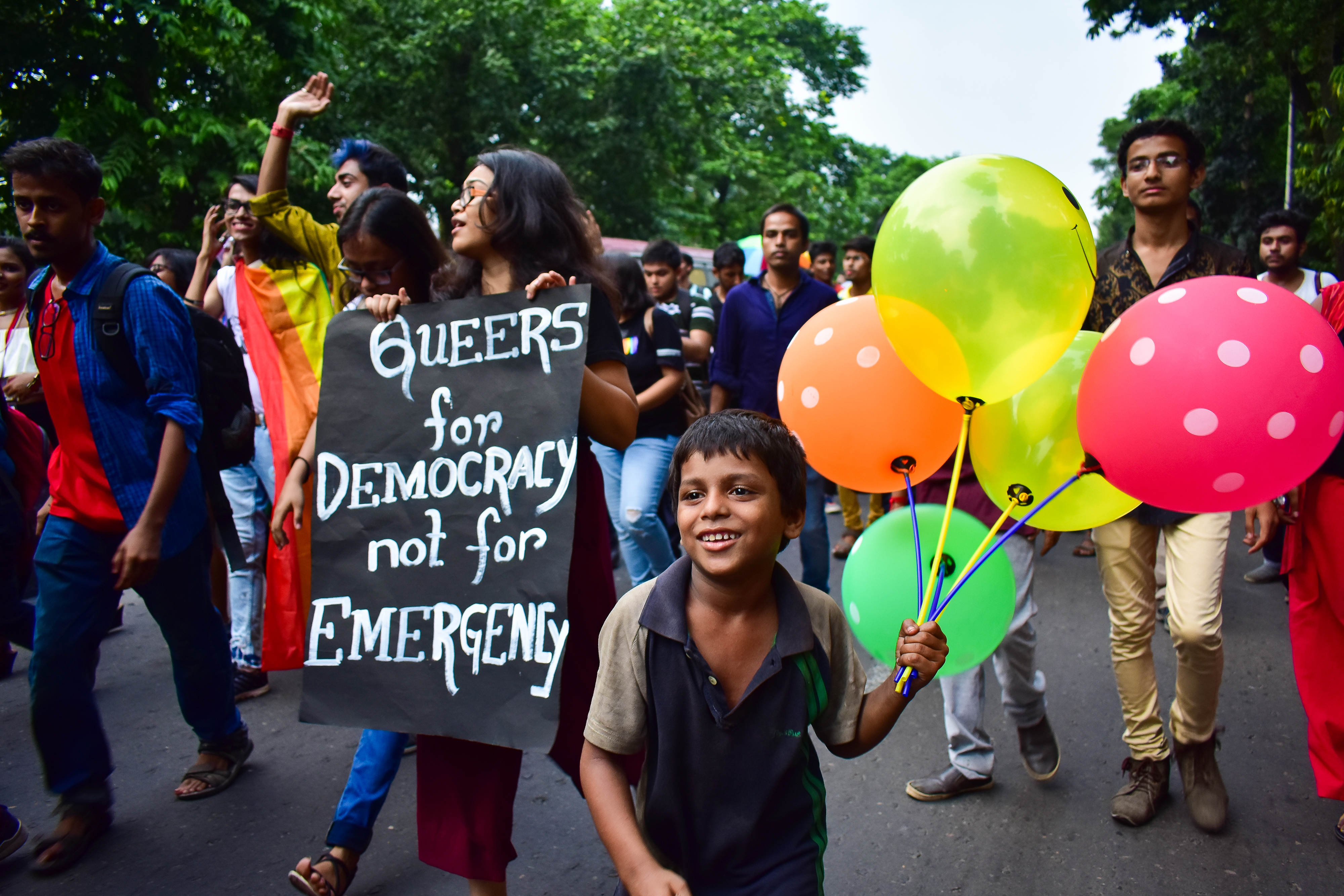 Sec 377 of IPC deals with unnatural offence which states that whoever voluntarily has carnal intercourse against the order of nature with any man, woman or animal, shall be punished with imprisonment for life, or with imprisonment of either description for a term which may extend to ten years, and shall also be liable to fine.
As per the explanation provided under this section penetration is sufficient to constitute the carnal intercourse. As evident from the language of this section, consent is wholly immaterial in the case of unnatural offences and the party consenting would be equally liable as an abettor.
Against the order of nature:
To determine what is natural, functional basis is cited which basically means that every organ of the body has a particular function to perform, and therefore, using such an organ for a purpose inconsistent with its principal function is unnatural.
So, every form of sex other than penile vaginal will be considered as unnatural. The same logic is used to denounce anything other than procreative sex as unnatural.
Khanu vs. Emperor ( AIR 1925 Sind 286)
In this case the court held that the natural object of carnal intercourse is that there should be the possibility of conception of human beings, which in the case of sexual intercourse by inserting penis in the mouth is impossible.
Penetration:
The word penetration used in this section needs to be given a broader outlook and not merely the routine meaning.
State of Kerala vs. K. Govindan (1969 CrLJ 818)
In this case,  the question that came up for consideration was as to whether the act of inserting the male organ between the thighs of another is an unnatural offence under section 377 of the Indian Penal Code. The Kerala High Court held that putting male organ into victim’s any body part, which was an initiative act of sexual intercourse for the purpose of his satisfying the sexual appetite, would be an act punishable under Section 377, IPC.
Further the court stated that to decide whether there is inter-course or not, what is to be considered is whether the visiting organ is enveloped at least partially by the visited organism. In intercourse between the thighs, the visiting male organ is enveloped at least partially by the organism visited, the thighs are kept together and tight.
Constitutional Validity:
Naz Foundation vs Government of NCT of Delhi [(2010) Cri LJ 94 (Delhi)]
In this case it was argued that sec 377 on account of covering consensual sexual intercourse between two adults in private, is violative of the fundamental rights guaranteed in Articles 14, 15, 19 and 21 of the Constitution.
Here the Court held accepted all the contentions of the petitioners and declared the part of section 377 ultra vires which criminalised consensual sexual acts of adults in private.
Suresh Kumar Koushal and another vs. Naz Foundation & others (AIR 2014 SC 563)
In this case, the Supreme Court set aside the judgment of Delhi High Court which declares sec 377 of IPC as unconstitutional. Here the court stated that every legislation enacted by the Parliament or State legislature carries with it a presumption of constitutionality. If no amendment is made to a particular law it may suggest that the legislature deems it fit and leave the law as it is. So the court ultimately declared section 377 to be constitutionally valid. However, the court left it open for the Legislature to delete or amend the law.
Navtej Singh Johar and others vs. Union of India
In this case, a five Judge bench of the Supreme Court partially struck down Section 377 of the Indian Penal Code, which made “carnal intercourse against the order of nature” a criminal offence.
The Court declared that insofar as Section 377 criminalizes consensual sexual acts of adults (i.e. persons above the age of 18 years who are competent to consent) in private, is violative of Articles 14, 15, 19, and 21 of the Constitution. It is, however, clarified that such consent must be free consent, which is completely voluntary in nature, and devoid of any duress or coercion.