Occupier’s Liability under Torts|Notes on Law of Torts | 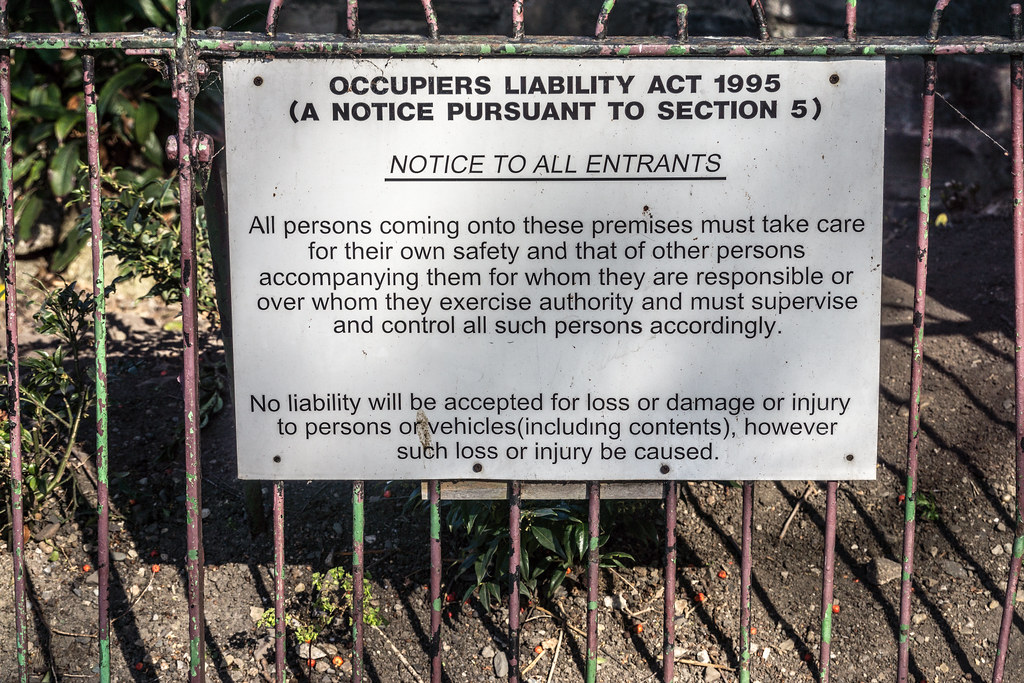 Occupier’s Liability:The duty of the occupier in tort depends on whether the plaintiff is an invitee, or a licencee or a trespasser.

Invitee is a person who comes on the premises on business, with the consent of the occupier having some “common interest” with him.

A person who enters a shop with a view to doing business is an invitee. A passenger who uses the railways, a cleaner invited to clean windows, children in a Circus show are invitees.

The occupier’s duty is expressed in Indemaur V. Dames. X had employed P, a journeyman as a gas-fitter. He had directed him to test burners in the Sugar refinery. While doing the test, P fell into an unfenced shaft and was injured. Held, X liable.

The occupier should use reasonable care to prevent damage from unusual danger which he knows or ought to know.

A railway company is liable to the users. P went to the Railway station to receive his daughter, but slipped on an oily patch of the Railway platform and sustained injuries. As he was an invitee The company was held liable. (Stowell’s case)

A Mother who visited her son in the hospital where he was an in patient, fell on a mat and sustained injuries. Held : She could recover compensation from the hospital authorities.

Licencee : He is a person who enters for his own purpose under an express or implied consent of the occupier. The occupier must warn him of any concealed danger or trap which the occupier knows or ought to know, A guest who is asked to take dinner or to stay for a day is a Iicencee.

Fairman case : To D’ s house, P had come for a function. She caught her heels while coming down the staircase, fell and was injured. Held D not liable. P was a licencee and that there was no hidden danger. A licencee enters and takes just as he finds the premises. He must take his own precautions, however, if there is hidden trap, the occupier becomes liable.

Trespassers : He is a person who wrongfully enters on the land of the occupier, having, neither any right nor permission to be there. The ocupier is under no duty to take care. The trespasser comes at his own risk. However, if there is any wilful act harming him, the occupier becomes liable.