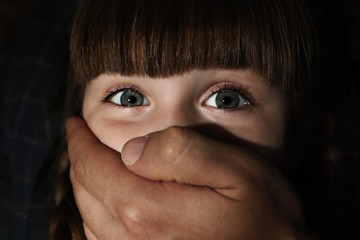 Kidnapping from India: Section 360 of the IPC states that whoever conveys any person beyond the limits of India without the consent of that person, or of some person legally authorised to consent on behalf of that person, is said to kidnap that person from India.

Ingredients of Kidnapping from India: Taking away a person beyond the limits of India. Such act must be done without the consent of the person or without the consent of legally authorised person. The words ‘beyond the limits of India’ means that the moment the person is taken outside the geographical territory of India without its consent, the offence under this section is complete. It is not necessary that the person should reach the destination in some other foreign territory. If the person is arrested before he crosses the Indian border then the offence will not be complete. It may amount to an attempt to commit the offence of kidnapping from India.

Ingredients of Kidnapping from Lawful Guardianship:

Exception to kidnapping from lawful guardianship:

Here the Supreme Court convicted both the accused person and stated that the objectsec 361 of IPC, is to protect minor children from being seduced for improper purposes and to protect the rights and privileges of guardians having lawful charge or custody of their minor wards. The Court further stated the word ‘keeping‘ connotes the idea of charge, protection, maintenance and control.

In this case, the accused was charged for enticing and taking away a girl below 15 years of age from lawful guardianship. Here the accused contended that the girl left her parents’ house out of her own accord due to the harsh treatment of her parents and the accused kept her in his house out of compassion and sympathy for the helpless girl.

Here the Court rejected the argument of accused and convicted him stating that the word “entice” means to involve the idea of inducement or allurement by giving rise to hope or desire in the other. If the minor leaves her parental home, influenced by any promise, offer or inducement emanating from the guilty party then the latter will be guilty of an offence of kidnapping.

Sec 363 of IPC provides punishment for kidnapping. It states that whoever kidnaps any person from India or from lawful guardianship, shall be punished with imprisonment of either description for a term which may extend to seven years, and shall also be liable to fine.

Sec 362 of IPC defines abduction as whoever by force compels, or by any deceitful means induces, any person to go from any place, is said to abduct that person.

Abduction is an offence only if it is done with intent to :

Force: The word as given u/s 362 of IPC means the use of actual force and not merely show of force.

In this case, the accused threatened the victim with a pistol and took her to his fields outside the village. Here the Court convicted the accused for abduction because there was use of force as required for the offence of abduction.

Deceitful means is misleading a person by making false representation and thereby persuading the person to leave the place.

To Go From Any Place: An essential element of abduction is compelling or inducing a person to go from any place. It need not be only from the from the custody of lawful guardian.

Abduction is a continuing offence.

In this case, a kidnapped girl who managed to escape from the kidnappers met the accused, who misrepresented to her that he was a Police Constable. He told her that he would take her to the police station. But instead, he took her to his house, kept her there, demanded and took a ransom of Rs. 600 from her mother, before he handed her back. Here the Court convicted the accused for abduction.

Difference Between Kidnapping and Abduction

Age of the Aggrieved Person:

In case of Kidnapping, the age of the aggrieved person as according to Section 361 of the IPC is 16 in case of males and 18 in case of females.

In case of Abduction, there is no such thing as age. Any person either by force has compelled or induced any other person to go from any place irrespective of the age, shall be booked with abduction

In kidnapping the person is removed from the lawful guardianship.

Since Abduction considers only the person who has been abducted, lawful guardianship does not come into the picture.

Means: Kidnapping involves taking away or enticement by the kidnapper. The means used for such purpose is irrelevant.

The means used in case of abduction may be force, compulsion, or deceitful means.